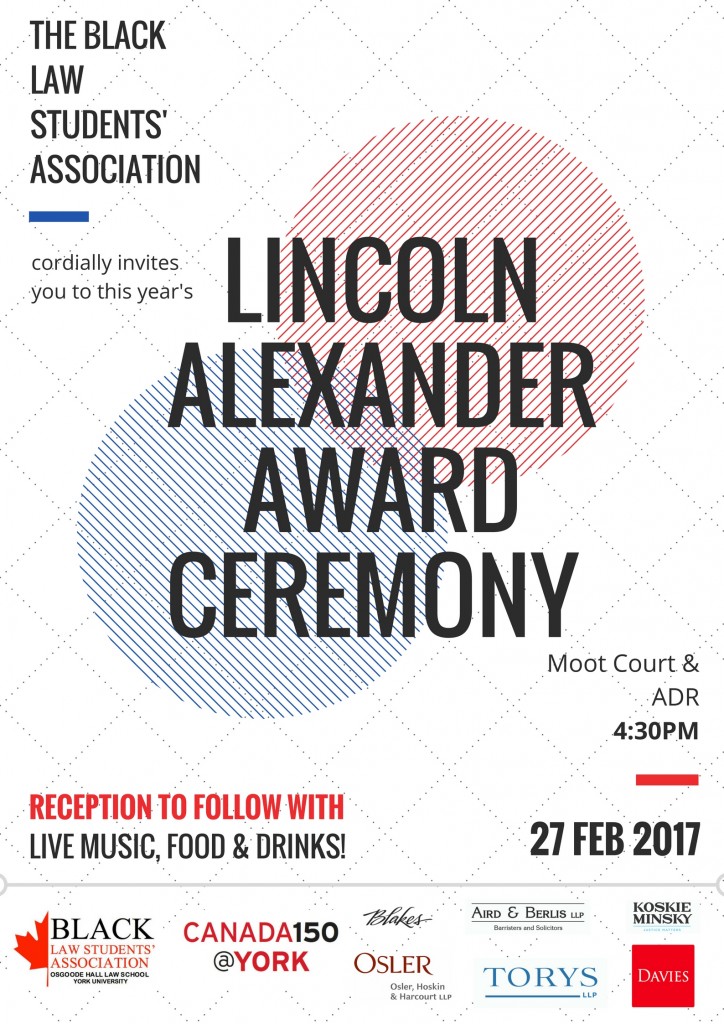 Lincoln Alexander graduated from Osgoode Hall Law School in 1953. He practiced law until 1968, when he entered the political sphere as the first black Member of Parliament. He successfully served four consecutive terms. In 1985, Alexander was appointed as Lieutenant Governor of Ontario, and was again the first black person to hold this office. Throughout his life, Alexander was a champion of equity. He was a trailblazer who broke through colour barriers that had previously hindered the advancement and success of Black Canadians.

The Lincoln Alexander Award recipient is a professional in the community who embodies the values of leadership, professional excellence and a commitment to public service. These values will be evident through their professional experiences, contributions to the Black community and legal advocacy.

JOIN US on February 27th, as we hand out the 2017 Lincoln Alexander Award! The award ceremony will be followed by a reception with live music, food and drinks. Don’t miss the opportunity to mix and mingle with Osgoode alumni, students and faculty!